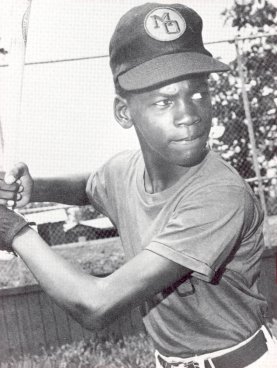 We hear about this story all the time. One get’s cut from his high school basketball team. From Brooklyn New York, he was out to prove himself at a young age. With his close friend Harvest being the only sophomore to make the team that year. He was motivated. He was hungry to make his life what he wanted it to be. He feed from failure. He was pushed by the words and comments of others around him. The following summer he grew and found a spot on the varsity team averaging 20points per game in his final two season of his high school career. What happen next? Well if you haven’t figured it out already (I would be surprised if you didn’t). 5 NBA Most Valuable Player Awards. 6 NBA Championships. 10 NBA Scoring Titles. 10 All-NBA First Team. 14 NBA ALL Star Appearances. 2 Olympic Gold Medals. 6 NBA Final MVPS. And the list goes on and on and on. How did this happen? Did this individual just wake up and be given all of these things? Did he magically grow tall and be given the skill to compete at a high level. This individual produced. He produced at a level in which everyone should be trying to reach. Can we all be Michael Jordan ( Of course not) Can we try to work hard like him (Definitely)

Make or manufacture from components or raw materials. Grow. By Farming. By Grooming. Creating. Generating something. Present. Output a manner that is impossible to be broken. Get up and create something you believe in. When an individual is asked to create something out of nothing. They have 2 options. Try it. Or Quit. Individuals who try to figure out what works, what produce at a higher level. Individuals who quit. Will never find out. They will miss out on the experience and reason why things happen. Everything in life has a reason why (this is my own opinion) I think the worst things are used to create better things for the future. We cannot control bad things from happening. (This is life) But we can try to make these things never happen again. Produce a level of commitment to reach a goal or a passion you want to create. Produce a level of confidence that other people do not understand. Produce a way of life that is fitting for you and not the people on the outside of your life.

Those who are AWESOME produce. We grow from experiences and produce what we want our future to be. We are guided by our thoughts and motivations. Not by a book. Or another human being (Though we take advice often). We understand our life and where we are going. We create a plan and stick with it. We find a love or a passion and follow it.

Error: Twitter did not respond. Please wait a few minutes and refresh this page.